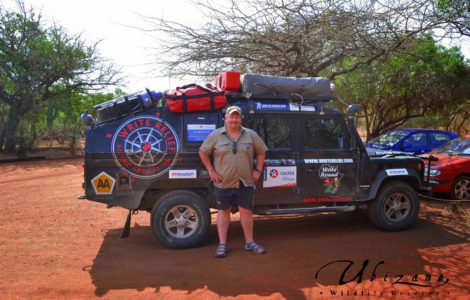 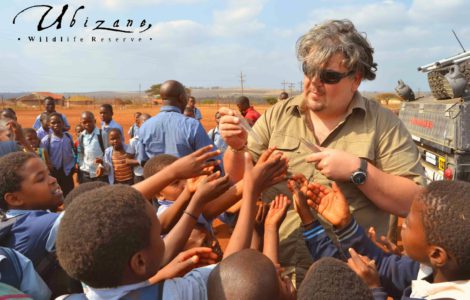 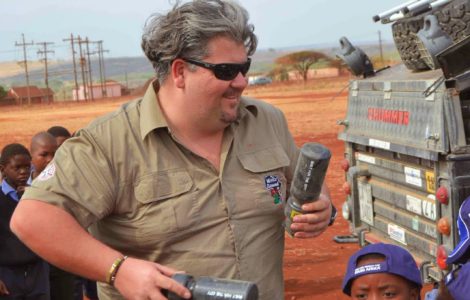 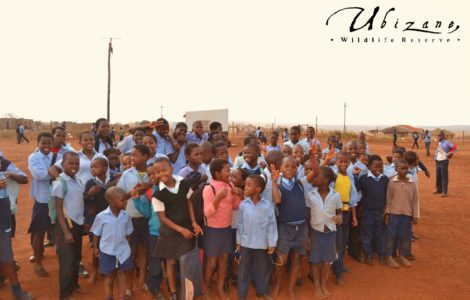 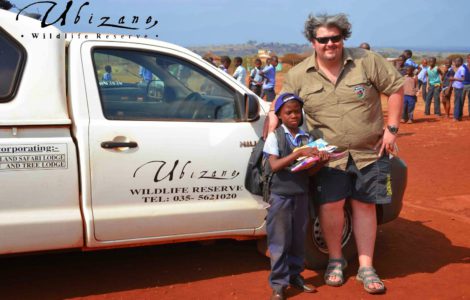 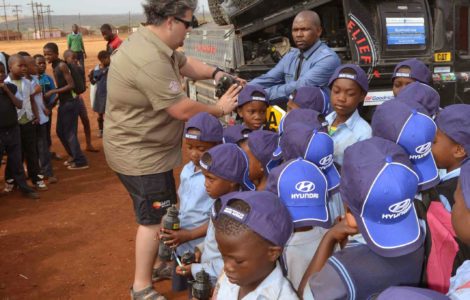 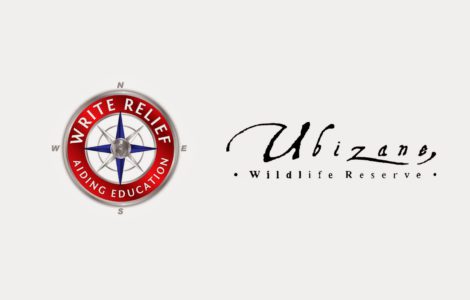 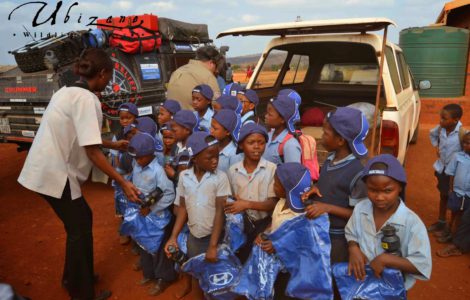 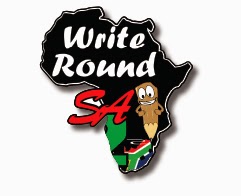 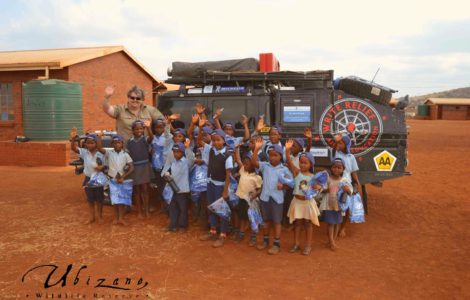 The Write Relief Organization was started in 2005 and has gone on a number of adventures stretching throughout Southern, East and West Africa. Write Relief’s hope is to take their Expedition Vehicle, the CHUMMER, and go on an adventure, exploring Africa and helping schools, children, missions and orphanages on their route.

The expedition starts at the most Southern tip of South Africa, Cape Agulhas and then makes its way in an anti-clockwise rout around the inside perimeter of South Africa.

In his travels Justin will encounter many forms of social structures, beliefs and traditions: bringing educational awareness to everyone he meets, right around South Africa.

Ubizane Wildlife Reserve had the privilege to assist Justin on his travel with a night’s stay at Zululand Safari Lodge on Friday the 12th of September.

After checking in, Justin asked if we could go with him to a primary school to hand out stationery as well as other gifts to the children.

Justin, accompanied by Elizabeth and Dennis, went to the Ntuthuko Primary School in the local community. Upon arrival they were taken to the Principal’s office where Justin explained what he did and that he was there to hand out stationery to the school and to the children and asked if the Principal could get some of the children to go to his vehicle to receive some stationery and gifts.

Everyone was very excited to see what Justin had in the back of the CHUMMER and before you knew it, a group of children had assembled behind Justin and his vehicle.

A group of 20 boys and girls were then randomly chosen to receive a hat, a backpack with a pen, pencil and ruler, and a water bottle. This group also took part in a small competition to see who can guess the name of Justin’s vehicle.

Justin then opened a box filled with rulers, and with the help of Elizabeth, started handing them out to the children.

Ubizane Wildlife Reserve would like to wish Justin all the best on his endeavour to aid rural schools and children with stationery. Something so many of us take for granted.