As Ubizane Wildlife Reserve we are always thrilled when we have guests who return to stay with us. This is why we have decided to profile one of the most distinguished returning guests to ever stay with us. November 2014 marks the 20th visit of the Norwegian Sir – Professor Eik-Nes Sturla to Ubizane and we wanted to share his story with everyone. 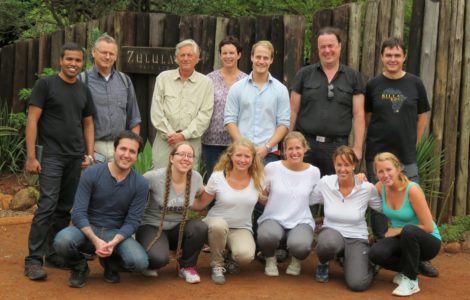 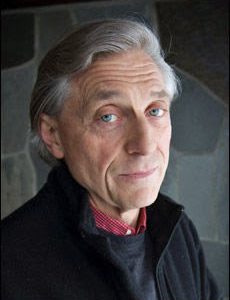 Professor Sturla, (as he is commonly known) studied at Minster University in Germany. He went back to Norway to start practising, in 1985 he became a Professor in the field of Ultra Sound and Women Health. In 1998 he became President of the World Federation of Ultra Sound. This position led him to his first visit to South Africa in 2000; he was the official guest of the South African Ultra Sound Association. Here is a Question and Answer on his life and his visits to Ubizane Wildlife Reserve.

What was the defining point in your life that led you to decide to be in the field of Ultra sound?
When I was nine years old I took a keen interest in photography and when I was studying in Germany one of my professors remarked how good my ultra sound pictures where and asked why and I told him that it was because I had been an amateur photographer for over 15 years and it was at that moment that I decided that this was what I wanted to do and from then on I have not turned back.

Who was the most iconic person to you in history?
Nkosi Albert Luthuli the work he did fighting apartheid in South Africa and him receiving a Nobel Peace Price for his efforts truly inspired me. The main inspiration came from my father who explained to me when I was 15 years old why Albert Luthuli was getting a Nobel Peace Price, he deeply touched me when he talked about apartheid and how Chief Luthuli was fighting it.

What is your favourite book?
Anything about Nelson Mandela and Nkosi Albert Luthuli is my favourite book.
Tell us about your family
I have one wife to whom I have been married for over 46 years now, I have three sons and eight grandchildren.

What is the greatest project of your career?
There are many big projects I have done in my line of work but the project of building an Ultra-Sound machine specifically for the African environment is the most exciting project I have ever been involved in. Building a machine that is not too sensitive and can work in the changing climates and extreme conditions in terms of weather and power shortages.

When did you first visit Ubizane Wildlife Reserve?
In March 2001 I booked a Safari trip and I stayed at Zululand Tree Lodge, I booked a game drive to Hluhluwe Umfolozi Park that was my first time here.

What aspect of Ubizane stood out to you that first visit?
The staffs, when we arrived, were exceptionally friendly and immediately I liked it.

How would you describe Ubizane to another person?
Ubizane is a paradise on earth, it frees me from the stress of work and the fatigue of research. Over the years I have made many friends and am making even more friends with the staff at Ubizane.

Why do you keep coming to Ubizane?
Ubizane has been so inspirational and calming to me that I bring my colleagues, students and family. Over the past 13 years I come sometimes twice or thrice a year because the place gives me a homely feel, the more I come the friendlier the place and the people become.

What would people not readily know about you?
I am very emotional mainly because I like people and their lives mean a lot to me.

What is the greatest compliment that you have ever been paid?
Being Knighted for my efforts in the field of Ultra Sound and Women health.

What makes you laugh?
Anything and everything. Humour is an integral part of my life because I work with very intelligent and highly ambitious people and without humour it would be difficult to coordinate them.

What’s your advice on how to become successful?
Education. Without education people cannot succeed.

What are your most poignant moments of Ubizane?
· The Boma dinners with the warm atmosphere, the lights around the Fever trees and the general ambience of the dinners, are a memory I never forget.
· At Safari Lodge the last 60 minutes before sunrise, having a cup of coffee while hearing only the birds and the animals is such a peaceful and serene time, free from any disturbances.

We as the Ubizane team are happy to have you Professor Sturla Eik-Nes and we look forward to your next visit, Sir.